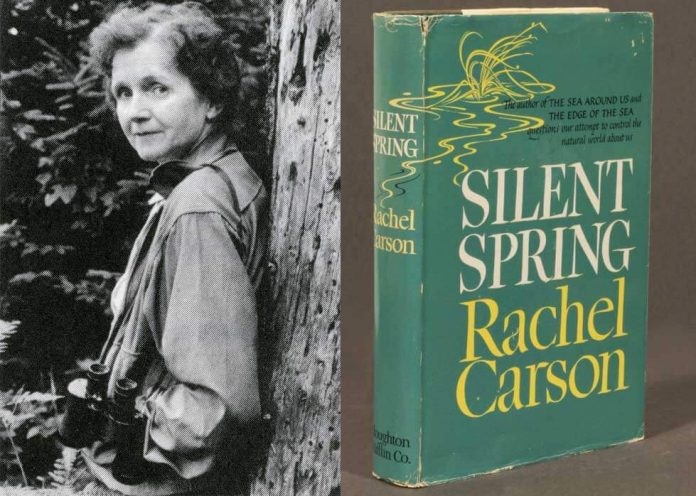 Environmental issues have, in the last two decades, been top on the agenda of African governmental and non-governmental organizations’ policies. This is because of the alarming rate at which the environment is being depraved, threatening the lives of the continent’s inhabitants.

In Europe and America, however, environmental concerns have a relatively longer history than in Africa, thanks to the events of the two world wars which gave impetus to rapid industrialisation of unprecedented magnitude. These wars revolutionised the chemical industry, leading to massive production of synthetic products in all aspects of human life to sustain the combatants and the general population. Synthetic products ranging from medicines to fertilisers, including chemical weapons and other gadgets were manufactured in great quantities. Indeed, these products enabled those countries to deal squarely with the most urgent needs. Wartime Germany, for instance, made gigantic strides towards revolutionising its chemical industry and synthetic products.

Humanity, has since then, benefited from this development. Yet, paradoxically, the resultant spillage into the environment constitutes an immense ecological disaster to all of us. Streams, rivers, lakes, seas and the air we breathe contain highly toxic elements detrimental to our health. Even the fertility of the soil is under increased threat due to the indiscriminate release of chemical waste from factories, and the use of chemical fertilisers, pesticides and herbicides on farms.

Above all, these chemicals are absorbed, albeit, in small quantities by plants, sea and land creatures, but with far-reaching consequences for their own health and existence. Essentially, in their irresponsibility and obsession with inventions towards a supposed good, modern and stress-free life, humanity is courting disaster for the earth’s species. That humanity has greatly disturbed the ecosystem and the natural balance of life since the industrial revolution in the 19th Century, is a matter of great concern.

Is the earth heading towards an ecological holocaust? This is the major issue of concern in the text under review, which was first published in 1962 and whose African edition has been made available in Kenya by the East African Educational Publishers and Friends of the Book Foundation (1995). Silent Spring rekindles the debate on the need for environmental conservation not only in Africa but globally. It is a reminder, in the words of Gerard Bennaars, that: “Traditionally, in pre-modern societies, humans always showed deep respect for the environment in which they lived; their lives greatly depend on a highly balanced ecosystem, the maintenance of which required their constant attention. Given further the unpredictability of natural phenomena in the past days, humans were directly exposed to the environment: its mighty forces as well as its beneficial returns” (p. ii)

Were the Africans of the pre-colonial period environment-sensitive? In deed, they were, and lived within a symbiotic relationship between natural and cultural environments. They promoted environmental awareness and environmental conservation. But with the arrival of the scientific-technological human being, and the thirst for increased economic gain, humanity has sought and effectively overcome natural limitations, replacing natural with cultural, human-made products. And with humanity increasingly but surely controlling dominating nature, and making it subservient to their whims, they have rendered the forces of an organic environment useless in the maintenance of the ecosystem.

Silent Spring is a story of environmental degradation based on the American situation. The text is divided into 17 very informative chapters, reflecting on the situation in America starting from the post-war period into the 1960s when there was frightening destruction of biological life. The author provides the reader with a dramatic and yet frightening picture of ill effects of environmental deprivation, as a result of indiscriminate use of pesticides and herbicides, notably dichloro-diphenyl-trichloroethane (DDT).

Rachel Carson’s sequel is conceived in negative terms, perhaps, with the intention of provoking the reader into a positive response towards the environment. Indeed, with nostalgia, she reminisces about the situation: “There was once a town in the heart of America where all life seemed to live in harmony with its surroundings. The town lay in the midst of a checkerboard of prosperous farms, with fields of grain and hillsides of orchards where, in spring, white clouds of bloom drifted above the green fields” (p.1 ). Nevertheless, she quickly contrasts the past with the present, saying that: “Then a strange blight crept over the area and everything began to change. Some evil spell had settled on the community: Mysterious maladies swept the flocks of chickens; cattle and sheep sickened and died. Everywhere was a shadow of death. The farmers spoke of much illness among their families. In the town the doctors had become more puzzled by new kinds of sickness appearing among their patients” (p.2)

Whereas these statements represent a hypothetical town, they, however, explain the situation of world’s environment. This book is relevant to African environmentalists considering that the situation is being replicated on the continent. The final chapter explores other ways of controlling pests and weeds without relying exclusively on chemicals.