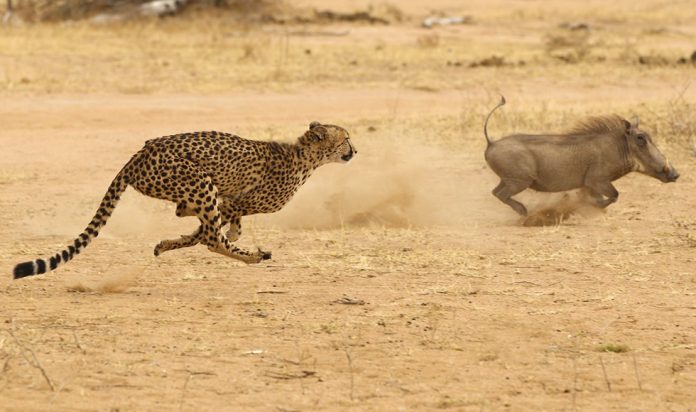 These are difficult times for the conservation movement. Many organisations are finding it hard to raise money as the idealism of the last decade gives way to harsh economic reality, and attention is focused less on the environment than on encouraging the growth of world trade.

To some outside the movement, this appears to be a good thing: a move back towards business as usual, with less interference from ‘do-gooders who don’t live in the real world’. Such people, however, misread the situation.

What has actually happened is that the dramatic raising of awareness provoked by conservationists has led to the integration of environmental concerns in business and industry, public policy, and consumer behavior. The view of what is the real world has changed for ever.

This is at the same time a victory – though still far from complete – and a challenge. It means that the role of non-governmental organizations in the movement has begun to change. Some NGOs will find it more difficult than others to adapt.

The fact is that most people are now convinced that environmentalists and conservationists are saying the right things. The next question is: are they the right people to produce solutions to the problems they have identified?

It is a legitimate question. Few believe that governments are equipped, willing, or even able to deal with the great environmental issues facing the world. And if not governments, then who? Many NGOs have marshalled expertise in describing and convincing people of the risks attached to the sort of untrammeled exploitation of natural resources that has been the legacy of the industrial revolution. Surely it is incumbent upon those organizations to acquire new expertise in offering concrete and practical alternatives.

In that context, we who are close to the natural world would do well to pay attention to the Darwinian theory of survival of the fittest.

Certainly, the phrase ‘solution-oriented’ is much in use among conservationists nowadays, but it will not help the development of NGOs if it becomes nothing more than a buzz word. As we at WWF-World Wide Fund For Nature know, being solution-oriented has consequences.

I do not imply that we did not contribute to solutions in the past. But our move to what we call target-driven activities acknowledges a change in perspective from seeing problems to seeing opportunities and exploiting them to deliver solutions.

For example, if our analysis tells us that subsidies of US$54 billion are an important element of an unsustainable fisheries policy, and if we know that such subsidies are promoted by an alliance of fishing and shipping industries, producers of sonar equipment, and interested politicians – at the expense of developing countries, taxpayers and, of course, the fish – then we can see opportunities of addressing the problem.

Obviously, the situation has to be identified in the first place, and many organizations have been highly successful in bringing to public attention environmental problems and risks previously ignored – or, worse, still unknown.

But that is no longer enough. Pious hopes that someone will come up with a solution simply will not do.

What is required is the extra effort to analyse the situation carefully, to forge the necessary alliances with others, and to solve the problem. And when I say alliances, I mean partnerships with people who can help to make a real difference – including and perhaps especially the growing number of forward-looking commercial companies who have realised that environmental protection and sustainable development are in their own interests.

All this, of course, means that NGOs must, as WWF has done, focus on key issues. That does not mean reducing numbers of projects or concentrating on a limited number of countries. It means focusing on the crucial factors that led to the degradation of nature and addressing them through specific techniques.

It also means achieving the right balance between policy and field work. The policy we adopt must be clearly related to what we show in the field. To focus field and policy work around a number of priority biomes – forest, freshwater ecosystems, oceans and coasts – WWF has adopted its Global Priorities to the Year 2000.

I have no doubt such targeting has contributed greatly to WWF’s credibility outside the conservation sector, to the extent that this year it has gained Category 1 consultative status with the United Nations, and has been given membership of the Chinese Government’s Council on International Cooperation, Environment, and Development.

The same credibility exists in the business world, where WWF’s practical approach allows it to be seen as a useful partner for companies keen to develop expertise in environmentally sound techniques.

Establishing such credibility has been an important achievement, and it is for others to find their own ways of increasing their influence in order to ensure the continuation of the work many of them have begun so successfully.

After all, one of the factors that makes the conservation movement so vital is the rapidity of change in the modern world, driven by the dizzying spread of new technologies. We would surely be failing our cause if we ourselves were unable to anticipate and adapt to the forces of change, the better to manage it.