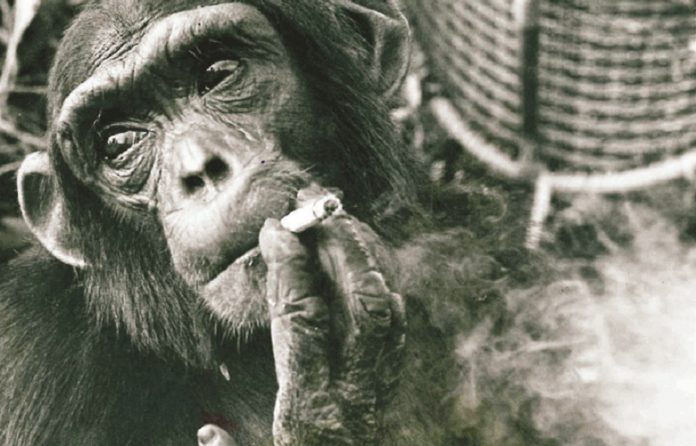 Sebastian, the 40-year-old Chimpanzee who for three generations delighted many visitors to the Nairobi Animal Orphanage, was found dead in his enclosure on the morning of July 19, 1996, by Kenya Wildlife Service animal handlers.

His body was taken to the Institute of Primate Research, Karen, Nairobi, for a postmortem.

Chimpanzees are not indigenous to Kenya. Sebastian was brought in from Zaire by a family who raised him until he was about eight years old, when he was taken to the old Nairobi Orphanage as a paying guest in 1964. In 1968, he was moved to a new enclosure where he lived until his death.

Some Facts About Chimps: Chimpanzees (left) do not only use tools, they make them. Consider the following: They have been known to remove leaves from a twig, stick it into a termite nest, to pull out termites and eat them.

They use rocks to crack open nuts.

Sometimes they wad up a bunch of dry leaves, put them into a tree hollow to soak up the moisture and then squeeze the liquid into their mouth.