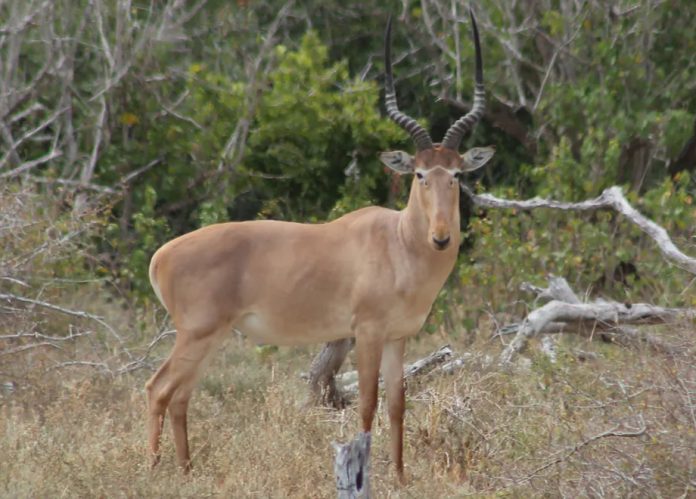 The hirola is Africa’s most endangered antelope. In fact, the species is fast disappearing off the face of the earth. Also known as the Hunter’s Hartebeest, the hirola used to be found throughout Africa. Today, only a small group remains in northeastern Kenya. In 1976, there were about 14,000 hirola, but a recent survey shows there are only 500 remaining. It is only about 500 hirolas left in the entire world.

What is a hirola, where is it found and how many are there?

The hirola is a rare medium size antelope that can weigh up to 118kg. It’s tawny or tan brown in colour and has long, sharp horns.

The current population of the hirola is estimated at less than 500. This small population is found within its native range, restricted to communal lands along the Kenya-Somalia border with no formal protection. The highest numbers are in Ijara and Garissa County, Kenya.

The hirola is the only surviving member of the genus Beatragus and there are none in captivity.

Why Save the Hirola Antelope?

Among the known reasons for its declining population are heavy poaching, disappearing habitat, (the elephant herds which used to clear the bush creating grazing conditions suitable for the antelope, have also been drastically reduced by poaching in the region), and human settlement encroaching and shrinking their grazing range at an alarming rate.

The Hirola Task Force (whose members, include the Kenya Wildlife Service, World Wide Fund For Nature, African Wildlife Foundation, East African Wildlife Society, Friends of Conservation, National Museums of Kenya, Department of Resource Surveys and Remote Sensing, IUCN-The World Conservation Union, London Zoological Society and Eden Trust among others), formed to save the antelope, has started a project to move some of the animals to a safe haven in Tsavo East National Park, where they can breed under protection.

The cost of translocating and protecting the hirola in its new home is enormous. The Hirola Task Force appeals for donations.